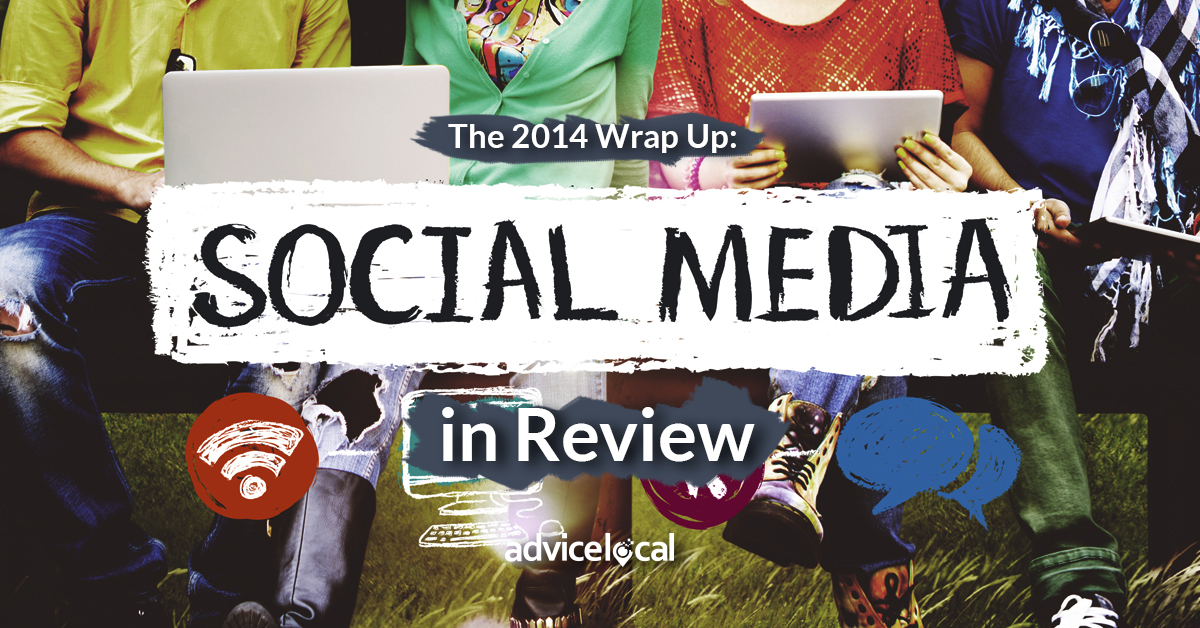 As we close out 2014, we review what has changed in social media and how it affects the future of business.

Year after year Facebook has solidified the model for successful social media sites, and after 10 years of being on the web, it’s a giant that ranks right up along with Google in terms of prevalence and usage. Even as Google+ has been pushing into the social media world, Facebook is still the giant that all social media sites model after. Even Twitter has continually been making changes to resemble Facebook functionality. And LinkedIn, wow, they are looking more and more like Facebook every day.

Another big change is the growing prevalence is hashtags and linking has made it both easier and harder to connect with people and the content you want to see. Just because you can tag something or someone doesn’t mean you should – but really, who posts anything without a hashtag anymore? #lifedecisions

Sites that claim to have what Facebook doesn’t have been popping up throughout the decade of its existence. This year, specialized sites have been garnering more strength (or at least media attention).

Will these niche sites exist at the end of 2015?

Whether they’re targeted at a certain age group, privacy, speediness and quirkiness, or generating income through video, these specialized venues allow businesses and companies to reach their clients and target audience with even greater precision. Want to target college students? Start a Yik Yak campaign! Want to generate extra income? Use a Pheed account to create value for your viewers and subscribers.

What about Tsu? Garnering any attention over there for your brand? Not likely.

Does it mean that your social media strategy for 2015 will be more complex? Absolutely!

The trick, as it always has been, will be figuring out what avenues of social media will reach your target audience the most effectively and spending your time master that website.

The way to make sure your brand is a survivor is to do your research, focus on the sites that meet your brand objects and don’t try to be all things to all people. Social media sites are not pegs you stick into a single whole. They all work differently; have different users and different uses.

One thought on “The 2014 Wrap-Up: Social Media in Review”

Enhanced GMB Tool
Easily schedule Google My Business posts, photos, answer Q&A and responding to reviews for one location or many with a few clicks.
Learn More