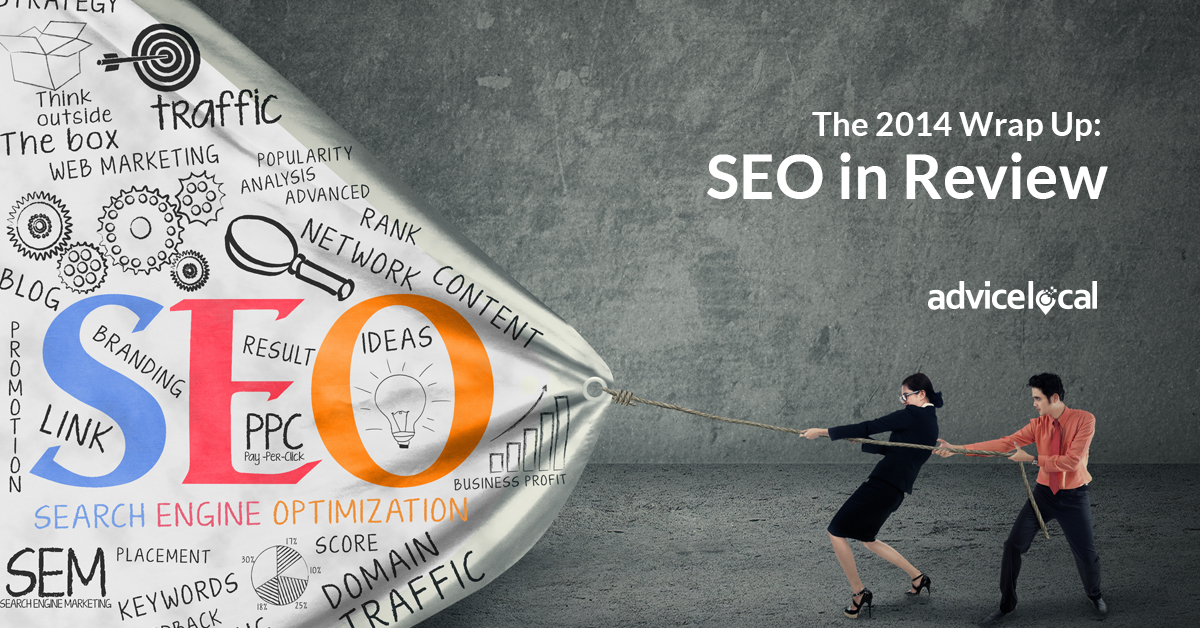 Google likes to keep us SEOs and digital marketing professionals on our toes and they did a really good job in 2014. Here is a short summary of the SEO changes Google rolled out this year.

In July, Google introduced the new Pigeon algorithm: a local search device that takes location services into account when making searches. For local businesses and sites, this development is hugely important to getting traffic that you want from the places that you want them to come from. This algorithm is largely useful to smaller businesses working on a small scale, but can cause some trouble for local businesses that work on a national or global scale. To summarize Pigeon:

Penguin also recently had an update in October, but it was geared more towards handling data than actually changing the algorithm. The refresh allowed sites that had been cleaning up their links to see a surge in rankings, while sites that continued to use spammy links continued to plummet.

Panda 4.0 rolled out at the end of May, with 4.1 following at the end of September. Panda’s sitewide analysis means that entire domains were penalized or rewarded with each update. In short, Panda affected sites with:

Informational sites and gateway sites were the most impacted by Panda. The algorithm itself continues to promote quality content on the web, and rewards domains that produce “real” content. Unique, useful content that people want to share due to its inherent value.

Google has made thirteen major updates to their search algorithms in 2014, and the impact on SEO content continues to propel SEO towards the direction of uniqueness and quality. Updates to Penguin, Panda, and the introduction of Pigeon, as well as other subtler changes have caused some pandemonium to sites that were still trying to stuff keywords for higher rankings. About 10% of English sites were heavily affected by the changes in 2014, but the implications for 2015 are fairly clear.

All of the updates are trying to cut out the clutter of the Internet and give searchers content that can actually help them. That being said, if you really want to do well with you SEO content on Google in 2015, just make sure that your writing and website is:

The subtler updates encourage SEO producers to push Google+ and the use of social media on their sites, and to create community within their sites. If you have a vibrant group of people that believe in your brand, their searches will tell Google that you belong on top.

Reading “The 2014 Wrap Up: #SEO in Review” by @BernieColeman of @AdviceGroup #Google

Enhanced GMB Tool
Easily schedule Google My Business posts, photos, answer Q&A and responding to reviews for one location or many with a few clicks.
Learn More